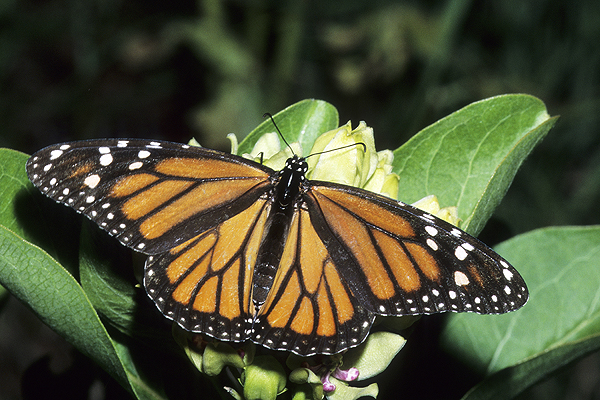 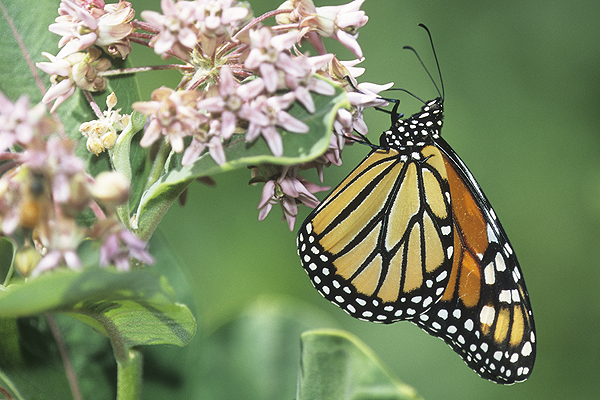 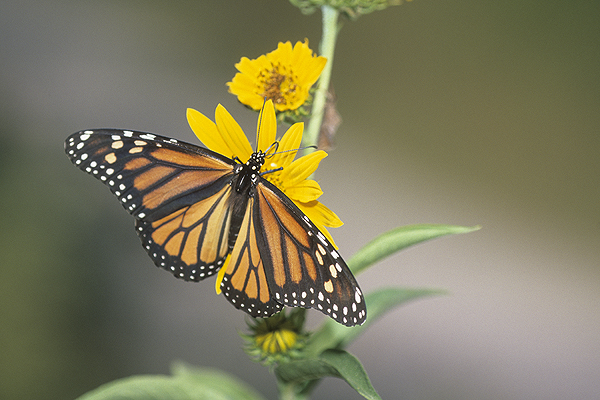 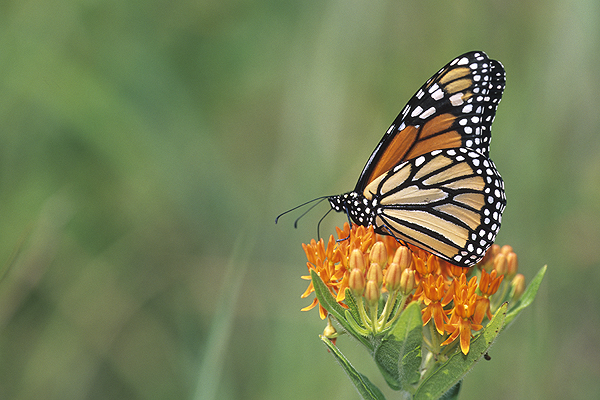 The family Nymphalidae is the largest butterfly family and includes about 6,000 species which are further divided up into 12 subfamilies.  The common name for the family is the Brushfoots or Brushfooted Butterflies.  This strange name is because the first pair of legs are significantly reduced, sometimes to mere stubs, and look like little brushes.  Some of the most common and well known species are in this group such as the Monarch, Red Admiral, Blue Morpho and Painted Lady.  Some of the longest lived butterflies are in this family with some species living over 10 months as adults.  The Brushfoots are distributed worldwide, with the highest diversity found in the tropics.  With this variety, there is also quite a difference in behavior, adult food choices and habitat preference from species to species. 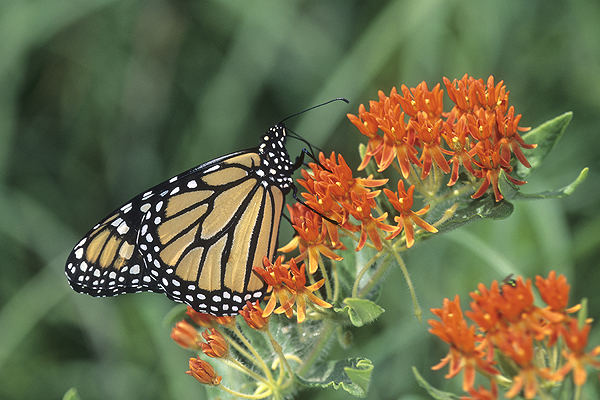 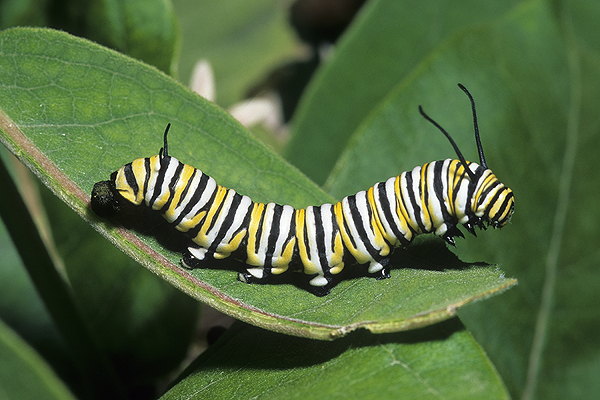 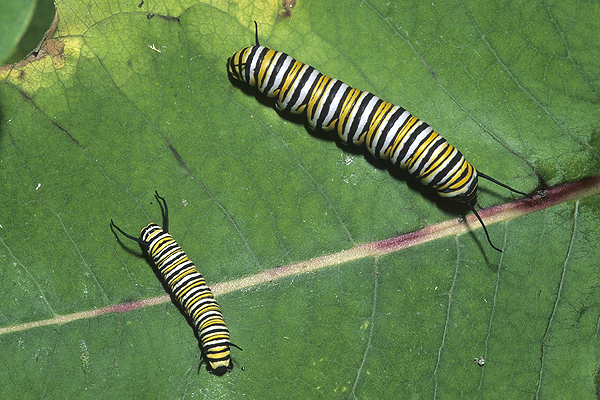 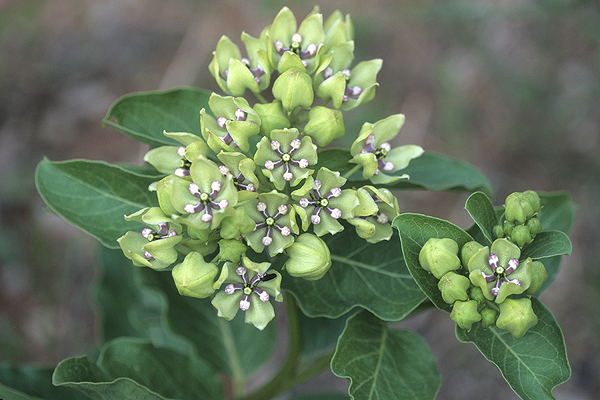 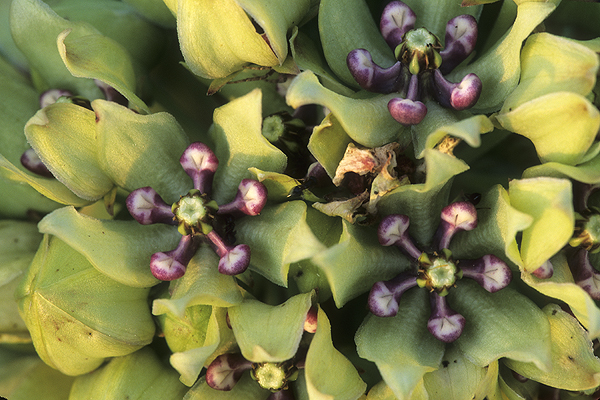 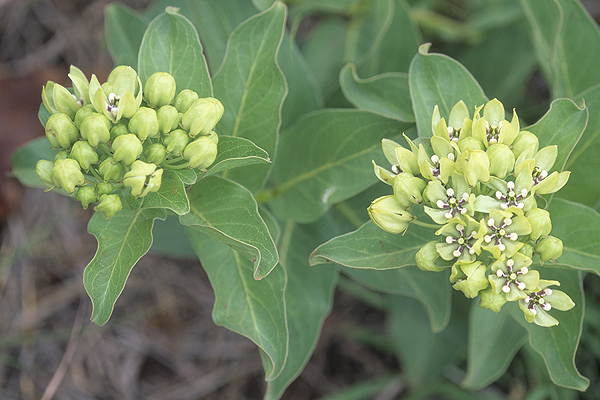 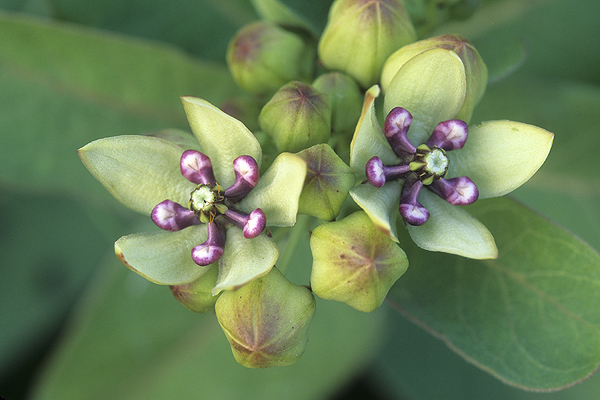 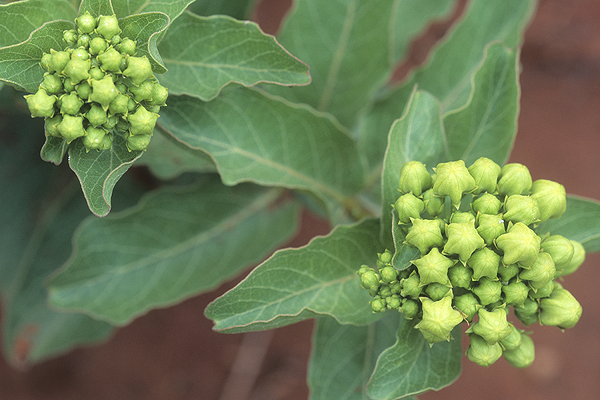 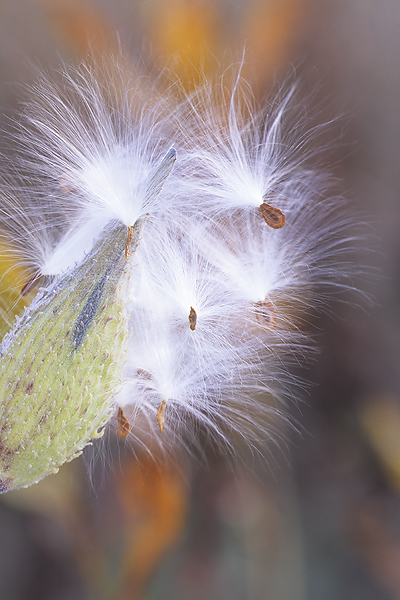 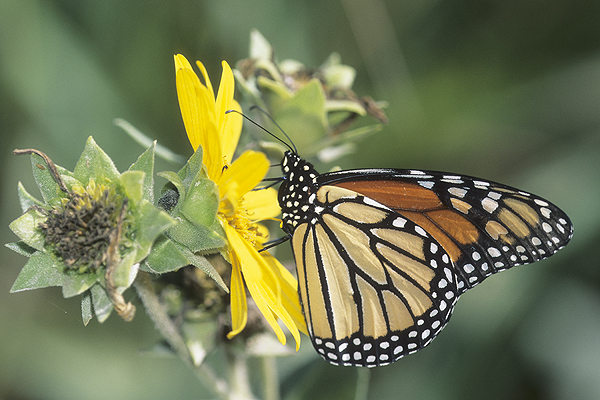 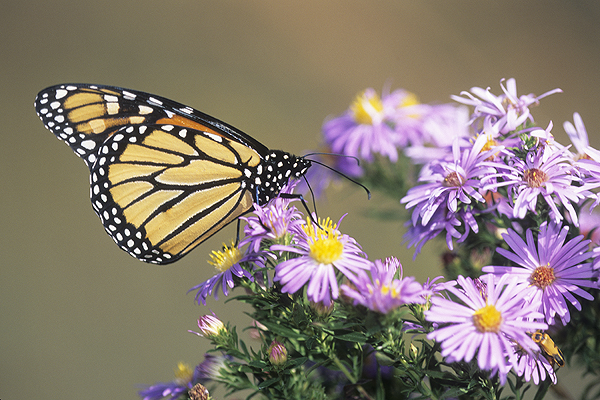 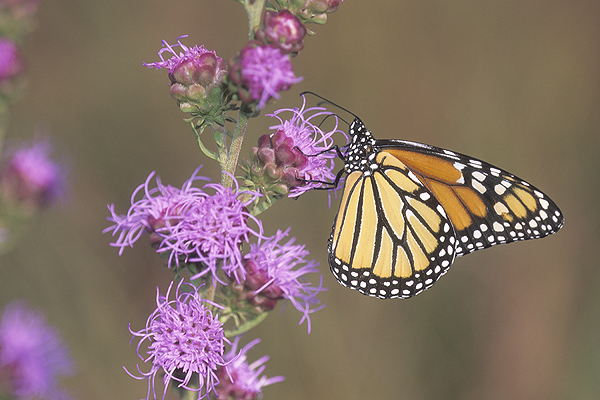 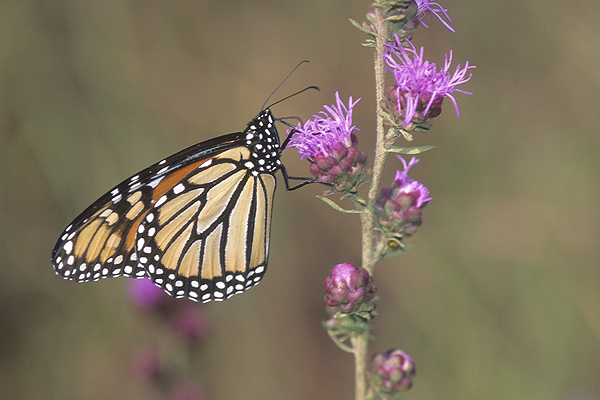 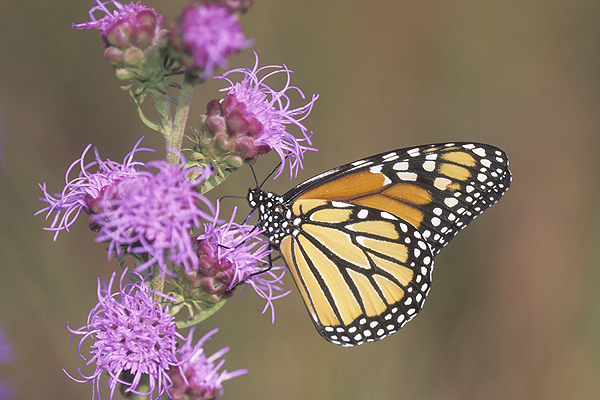 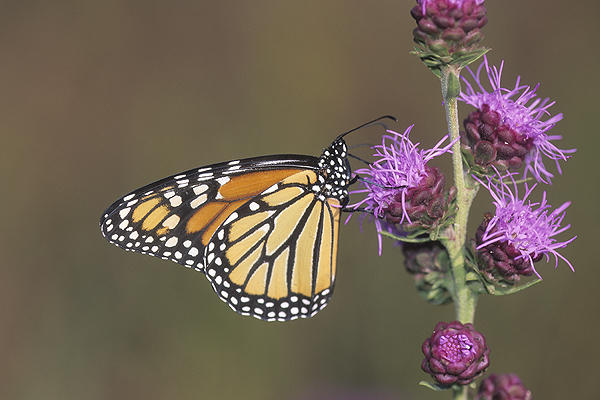 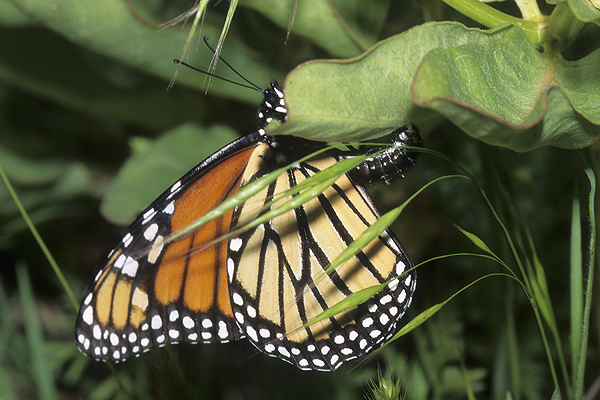 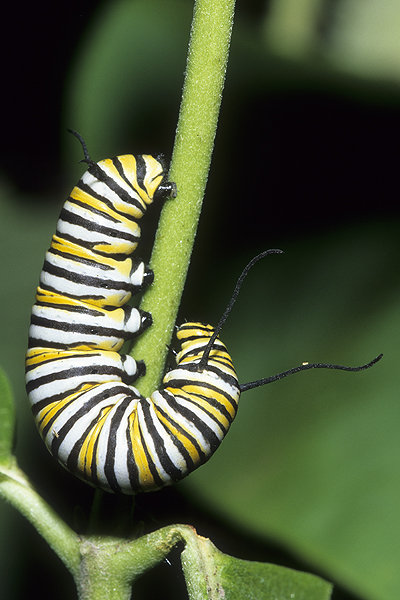 Danaus plexippus belongs to the subfamily Danainae.  It is one of the most recognized butterflies in North America, if not the world, and is well known because of its epic migration.  Its range is from southern Canada south through all of the United States, Central America, and most of South America. It is also present in Australia, Hawaii, and other Pacific Islands.  Its preferred habitat includes fields, meadows, weedy areas, marshes and roadsides.

The larval food sources includes several species of milkweeds Asclepias sp. Milkweeds contain chemicals called cardiac glycosides which are stored in the bodies of both the caterpillar and adult. These are poisons and are distasteful to birds and other vertebrate predators. After tasting a Monarch, a predator might associate the bright warning colors of the adult or caterpillar with an unpleasant meal, and avoid Monarchs in the future.  There is a mimicry between the Monarch and the Viceroy.  Females lay eggs singly under the host leaves and caterpillars eat leaves and flowers. Adults make massive migrations from August through October, flying thousands of miles south to hibernate along the California coast and in central Mexico.  At the Mexico wintering sites, Monarchs roost in trees and form huge aggregations that may have millions of individuals.  Once spring arrives, most have mated before they leave for the north and females lay eggs along the way on the fresh emerging milkweeds. 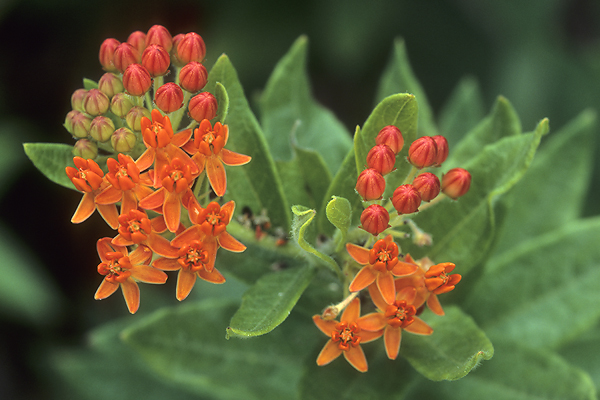 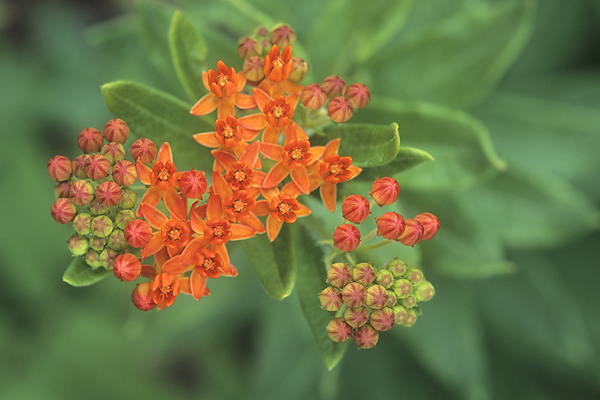 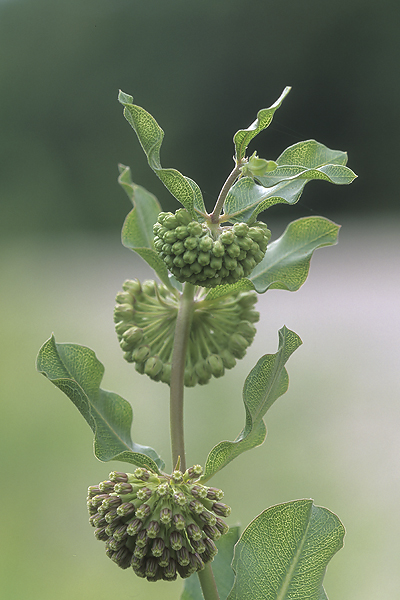